Hey, So the first semester of my second year has finished and I thought I should really do an update on here with all the things I finished and the stuff I have been doing in my spare time.

Firstly here is the interaction with the environment task we were set on the VFX module: 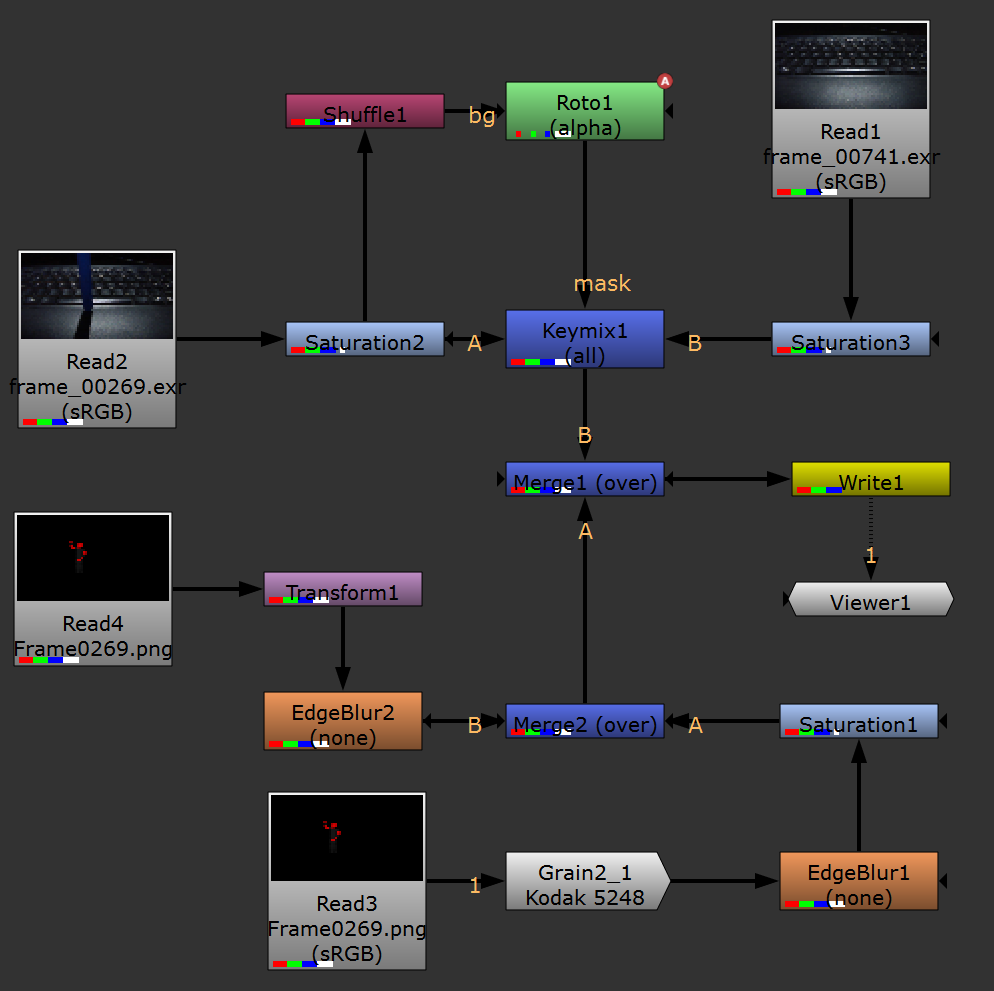 The nodes used in nuke for deadpool

And that is all the VFX tasks we got given this semester. We were told to give in a show reel of our VFX work for marking and here is the reel I put together:

This was set about 2 weeks before the Christmas break and was supposed to be done sometime in January after we got back, but I finished it before I left for Christmas because I worked pretty much non-stop till it was done so I didn't have it looming over while I was away.

Now onto my own work, I have done 2 videos during the time of my last post I am quite proud of them, but I will be doing better ones soon I have a draft script for one and the other 2 I am working on, anyway take a look:

X-men before and after