This week I didn't get have much h/w to do because i did it all the weekend before and we didn't get set much extra but this week we learnt how to do walk cycles and a straight walk, heres what i did in lesson:


later in the week we had a script writing lecture which was quite interesting and I missed Fridays lessons because I went up to the MCM expo where they show new games have talks about them and the same with movies and anime/manga, and not to mention all the movie props and actors playing as for example storm troopers, Darth Vader and Dr.who ect ect. (just saying I did ask  my tutors if I could go first and they said that it was a good idea)
Posted by Unknown at 12:11 No comments:

This week at uni we played abit more with squishy the ball and learnt how to model a little, and we got set an assignment where we had to animate squishy interacting with some things we have modelled. Here is my result:


In 2D we had two things to do one which i finished just after i last posted and the other i finished today, the first one is of a bowling ball and a football which is here:


and the second was of a character jumping then asserting a type of emotion, (we weren't allowed to give him a face or legs, so we think more of the animating and not how the character looks) heres what i came up with:


we also had our second life drawing session (i didn't do al well in this one) and heres my pieces: 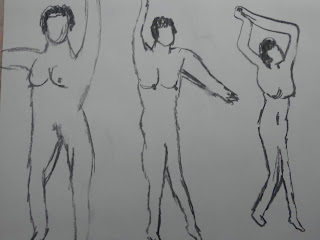 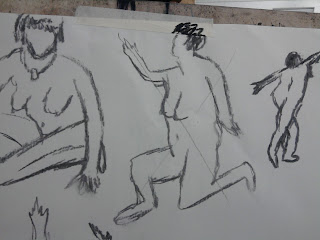 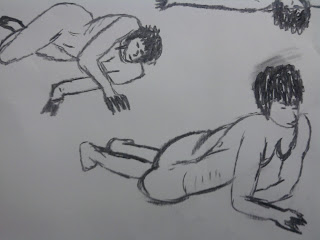 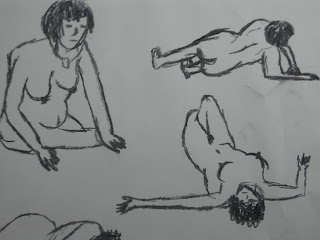 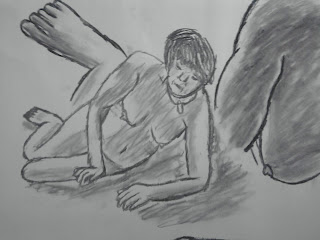 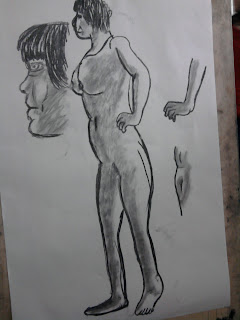 This week we also had our first cinematography lesson we learnt some more about story boarding and we had another movie screening (which i cant remember the name of the movie).
Posted by Unknown at 13:32 No comments:

This week we did some more 3D work with Georg our 3D lecturer and i made my first bouching/squishing ball animation which is here:

And then we got set some homework which was to animate 2 balls which were the same size and looked the same, but one had to look heavy and one had to look light heres mine:


Then we did some more History of animation and we also had another movie screening which was on a farm and the pigs were Russians. (its based on the Russian revolution (i think)). We also got assigned the same project from Andy that Georg set us but this time it was in 2D and we had to use animation paper (i haven't finished putting mine together yet).

Here are a Couple of projects we got set to do in our sketch book: 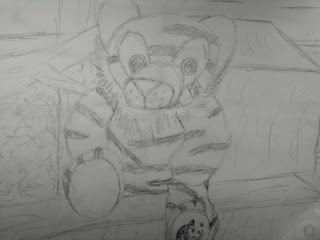 Sitting on a fence 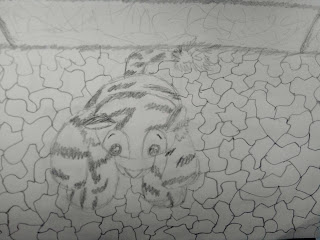 next to a wall on some gravel 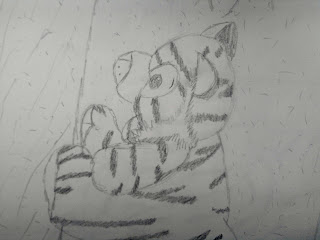 sitting on a step 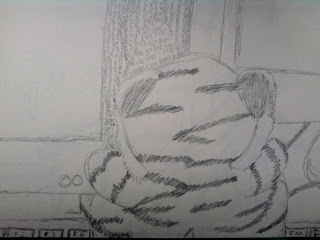 in front of my monitor and tv 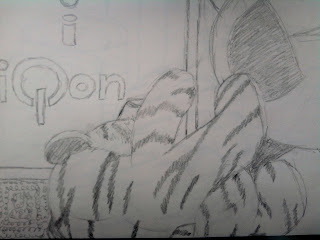 in front of my pc 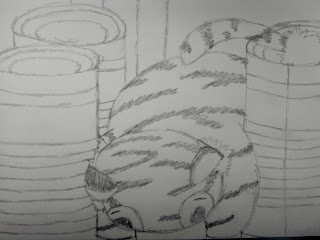 next to some cans 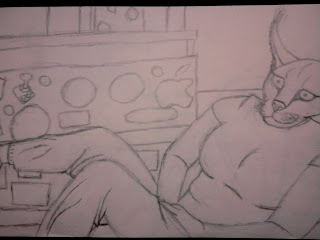 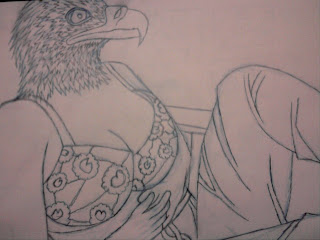 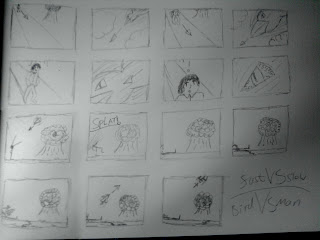 basically its a bird flying and taking the strolling man's head off.

This week we started to use the 3D software called Maya, and we learnt the very basics and how to make a bouncing ball. We also started a little bit of 2D where we had to hand draw 12 frames of an object morphing into another, the first object was what the last student came up with and then you chose what it turned into.

Here's mine, I was given a Dragon so I turned it into a semi related snake:

This week we also watched had a movie screening of a Song of the South Parody called, Koonskin, I thought it was a kind of ok film but abit strange and not my sort of thing really.

Also we had a life drawing session which these are the images that I produced: 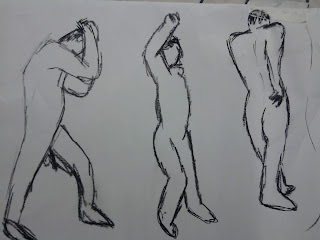 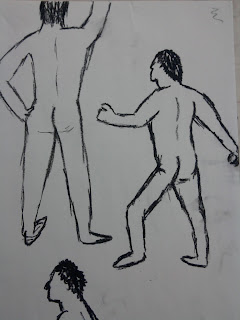 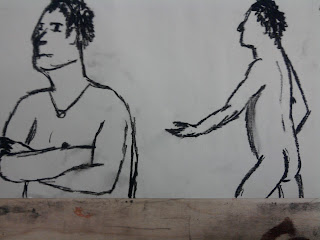 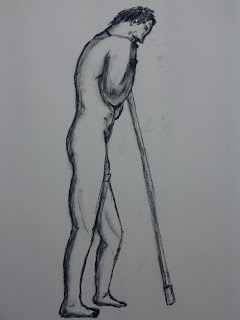 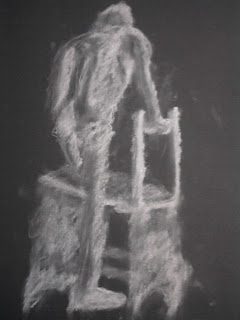 light pose (dont know exactly what to call it)