First Blog of my Second year!!

Huzzah! I'm back, well I've been back for a few weeks now to be honest and this is the first blog I am posting so yeah....... well so far we have been given one project and I've done one thing in lesson alongside a tutor, and I've also done some life drawing, have a look:

Firstly the project we were given and how we've got on so far. To start with we were put in groups of three that were randomly picked out of a hat and we had to come up with a 15 second short idea, these are the three we came up with:

1. Corridor
Two guys walking towards each other down a corridor and the stop and stumble over each other deciding which way to go, they then take a couple of steps and break into the dirty dancing dance move, the music cuts out half way through and the guy stops, drops the person on the floor and walks on.2. ElevatorStarts with a pretty tarty girl standing in the elevator, then a scruffy guy walks in beside her, there's an awkward pause and silence with weird looks at each other, the guy scratching his bum maybe. then sudinly the lights flicker and go off. when the lights come back on they are wearing each others cloths and the guy walks out with a gay prance.

3. Toilets
Two guys in the toilets, basically a shit off between the two or just load noises coming from one. a guy walks in and has a wee in the urinal and gets knocked out by the smell, noises stop and it all calms down the when he comes out of the toilet it turn out to be a woman.

We ended up going with number one because we thought it was the best suited for what we had to do and here is the first animatic for it:

Drawn by Rhys Harvey and put together by me

We showed this to the class and tutors and they had a few good ideas and inputs into the idea, so we went back made a few changes and came up with this:

Drawn and put together by me

Then once Rhys had done the backgrounds and we showed the class again we put together a final animatic with a few neatened up timings and added backgrounds:

Backgrounds by Rhys Harvey and drawn and put together by me

The second thing I have done was in Nuke where we had to composite a character animation, 3 images (foreground, background and the sky), the characters shadow and we animated a shadow in the software to. Here is the final shot:

I haven't got a picture of the nodes at the moment but next lesson I will grab one so you can see all the connections. 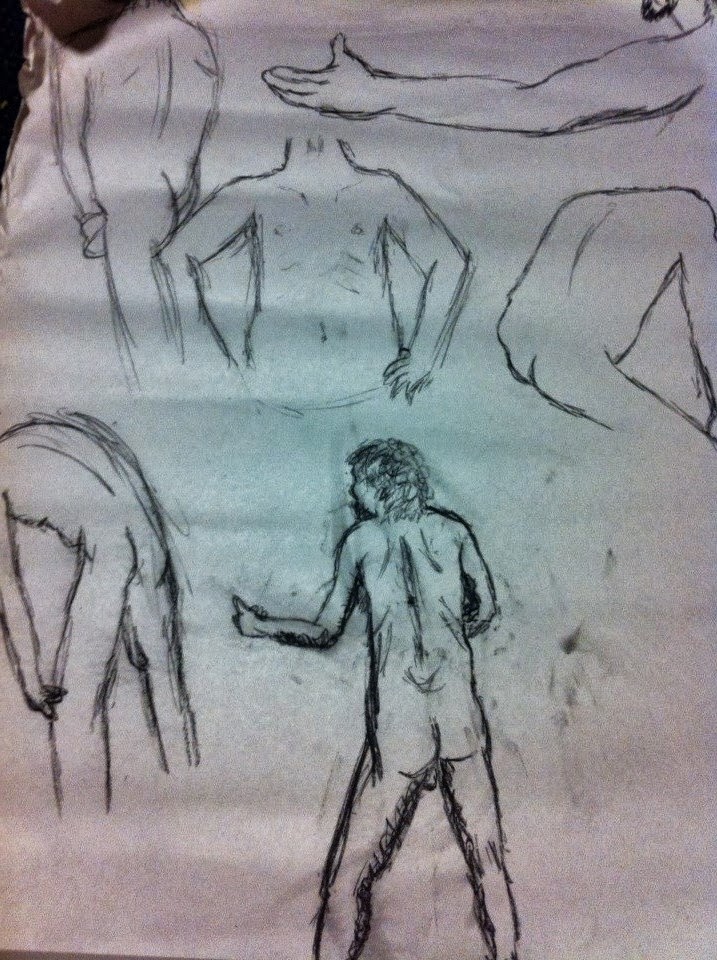 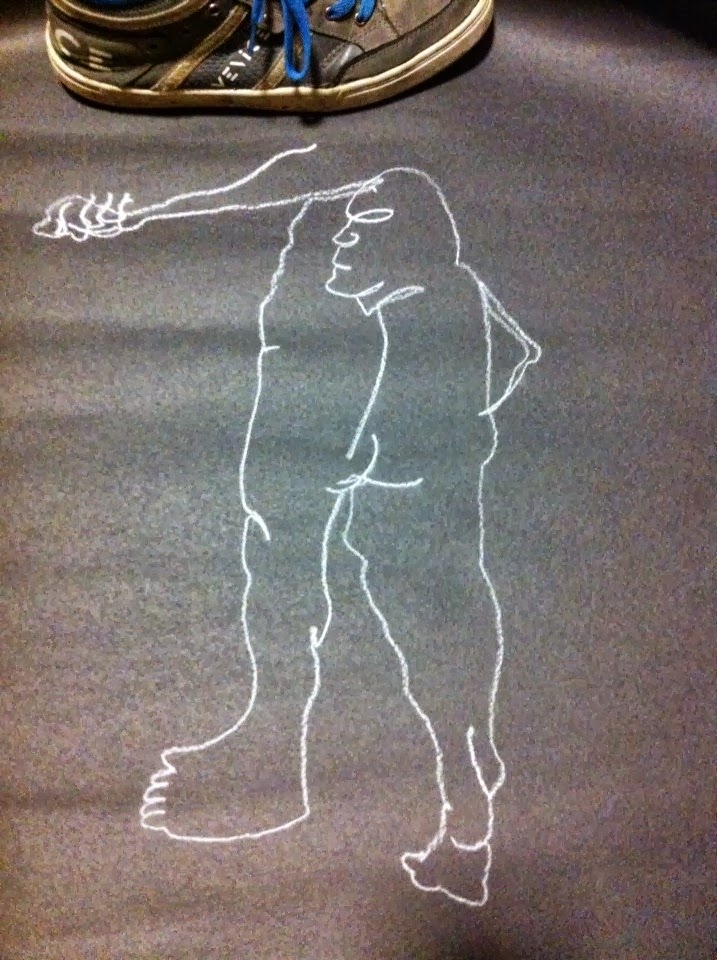 Life Drawing, we were not allowed to take our pencil/chalk/graphite off the page or look at what we were drawing (10 min pose) 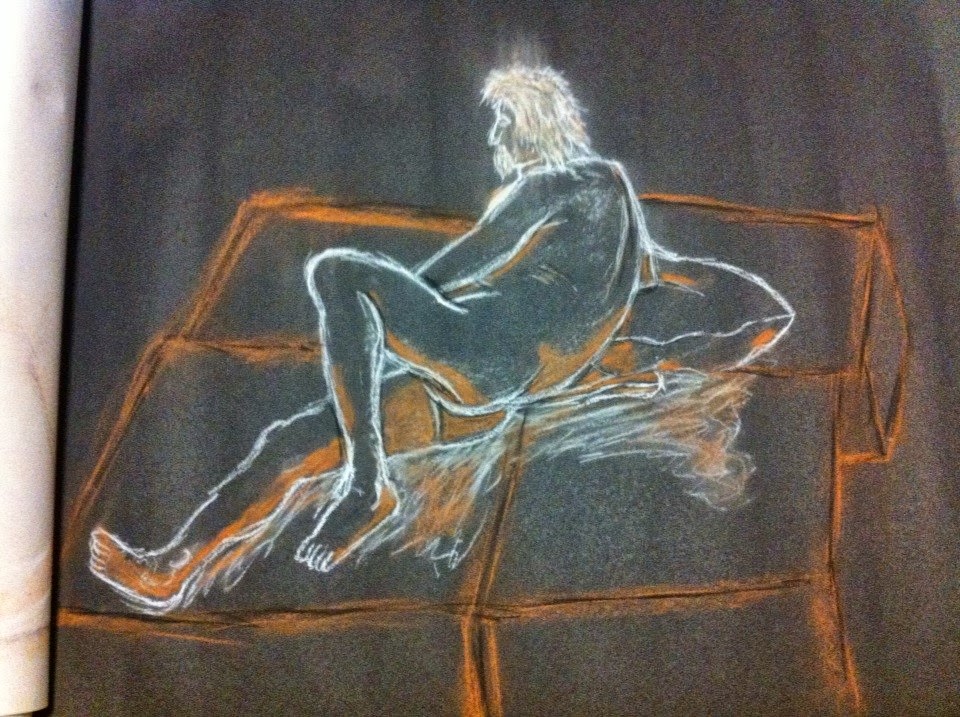 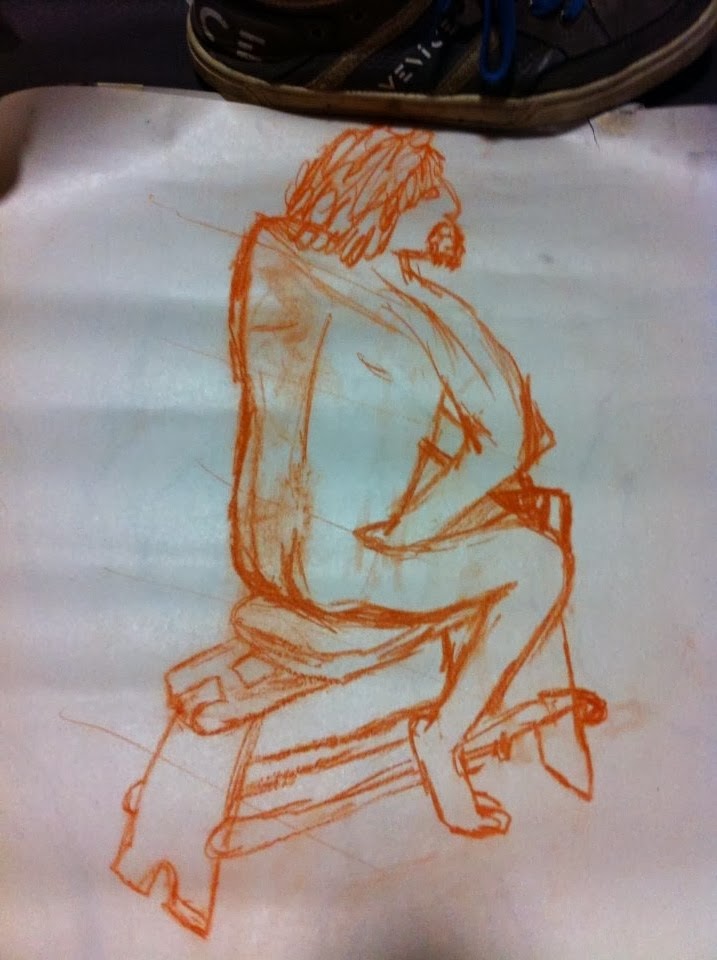 Life Drawing, we had to draw him 90 degrees from where we were standing (30 min pose) 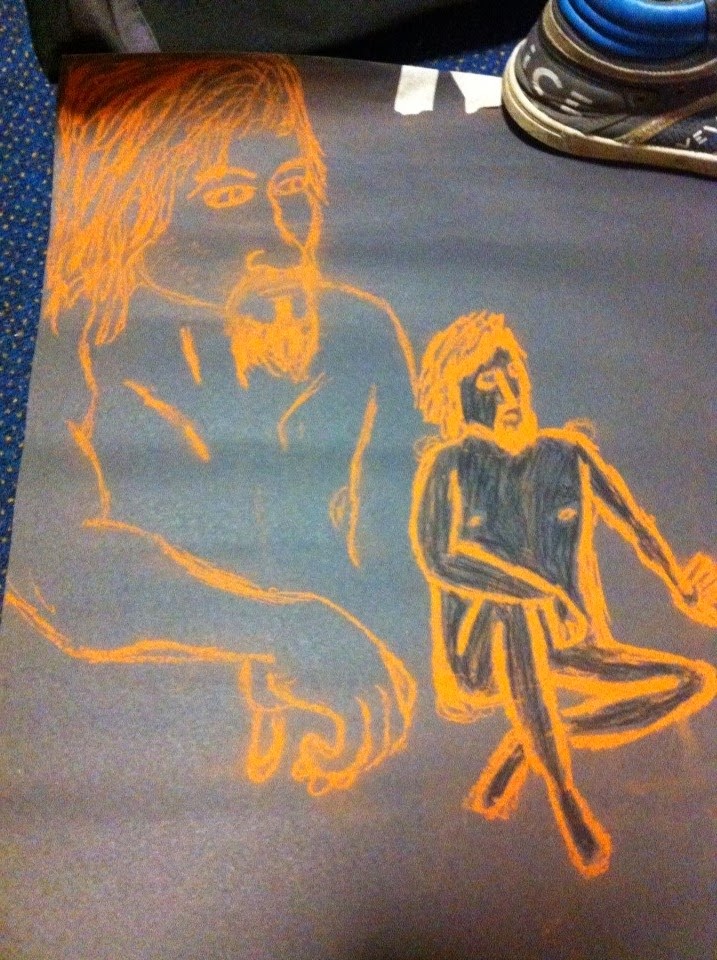 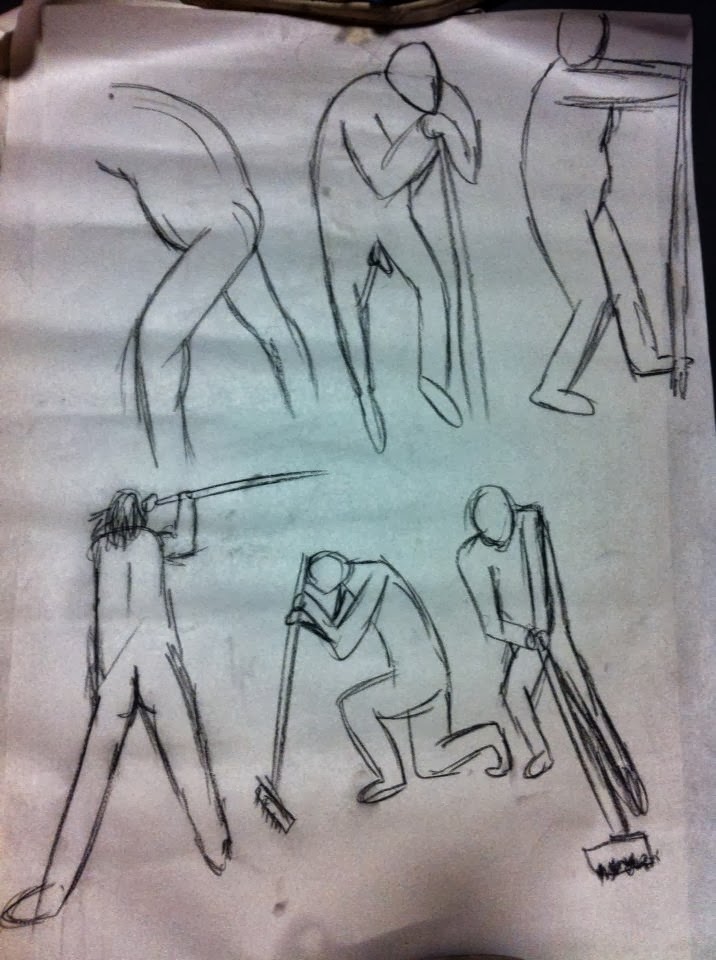 p.s. The work I posted for the group project makes it look like I've done everything, I only posted what parts I have done unless I said otherwise and the other people on the team have been doing characters and other pieces of work.
Posted by Unknown at 11:48